We could spend months studying Vienna and never get bored. It’s imperial history, musical legacy, and art culture make it an extraordinary city. We found Vienna to be a fascinating mix of old and new. Below is our three-day Vienna travel itinerary!

Kärntner Strasse is a pedestrian shopping street with more than just typical stores. For instance, we first came across the St. Charles’s Church (we are obsessed with baroque) before spending some time shopping and having a fantastic brunch at Haas & Haas. While properly fueled, we then made it to Stephansdom for the 343 steps to the top of the Cathedral. The climb was painful and cramped but the views of Vienna were pretty cool. However, one member of TwentyA was a bit cranky after the climb and quickly bolted downstairs. 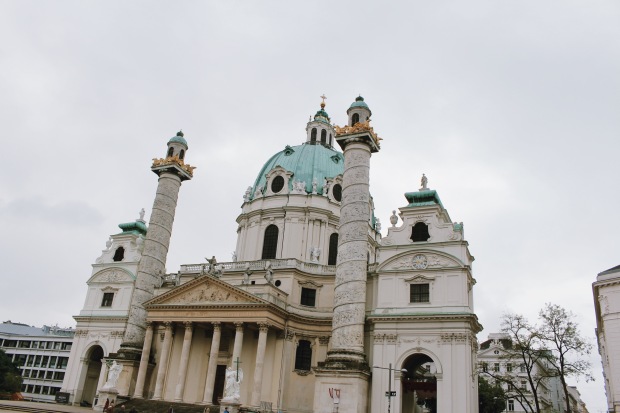 The rest of the afternoon was spent wandering into random churches, taking in Mozart’s house, and exploring Vienna’s Ringstrasse where we saw important buildings and monuments such as the Parliament Building, the National History Museum, the State Opera House, the Art History Museum, and the Volksgarten. We didn’t actually venture into any of the buildings due to lack of time, but the architecture itself was worth seeing. 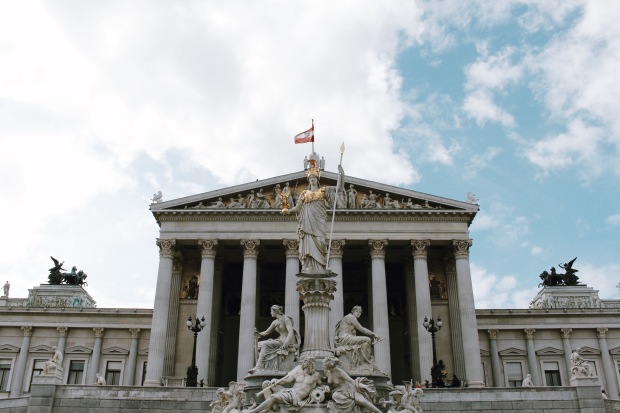 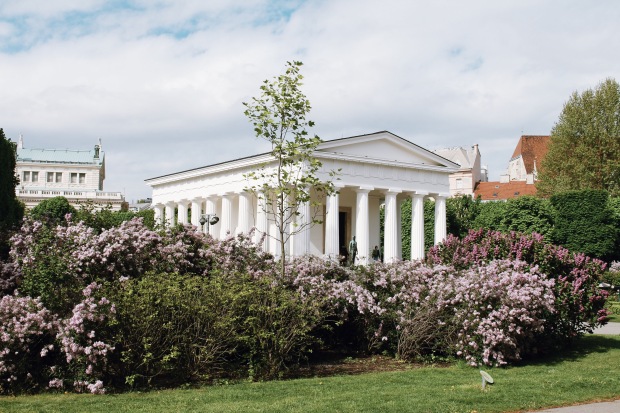 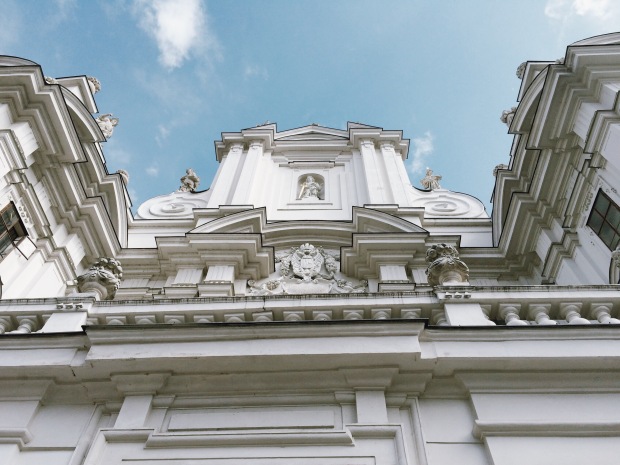 At this point we were tired from walking, so we headed back to Kärntner Strasse to get the famed Sacher-Torte at Hotel Sacher. Although the experience was neat, in all honesty the cake seemed overrated, but when in Vienna!

Our evening ends with a quick detour to Hochstrahlbrunnen Fountain on the Ringstrasse before dinner at Casa Alberto, a quaint Italian joint.

Ya’ll Schonbrunn Palace is amazing and super crowded with visitors. However, it is so beautiful and regal so don’t miss it! We bought the classic pass which gave us access to Privy Garden, Orangery Garden, the palace staterooms, the maze, and the Gloriete (a terrace atop a nearby hill). The family history behind the palace is unbelievable and we spent the rest of the day obsessing over the various royals. 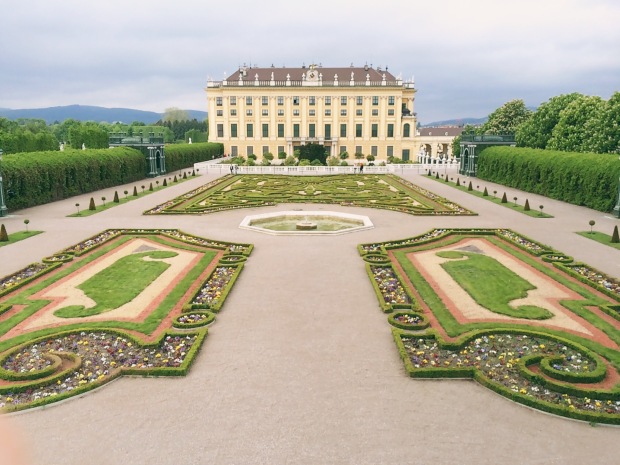 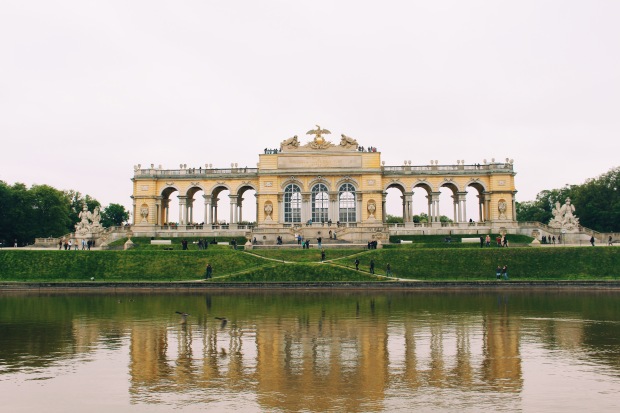 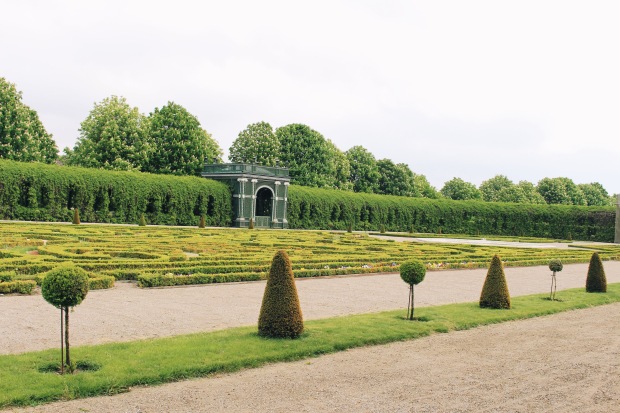 Later in the day we visited the Sigmund Freud Museum (#psychologyminor) which is actually located in his old apartment. Unsurprisingly, the museum is pretty small but really informative.

Unfortunately we got caught in the rain while trying to view the Imperial Apartments, the former residence of the Habsburgs (tying back to Schonbrunn Palace), but the architecture was cool!

We ended the day at Aida Cafe for delicious desserts and drinks. To be honest, this bakery chain was better than the sacher torte. 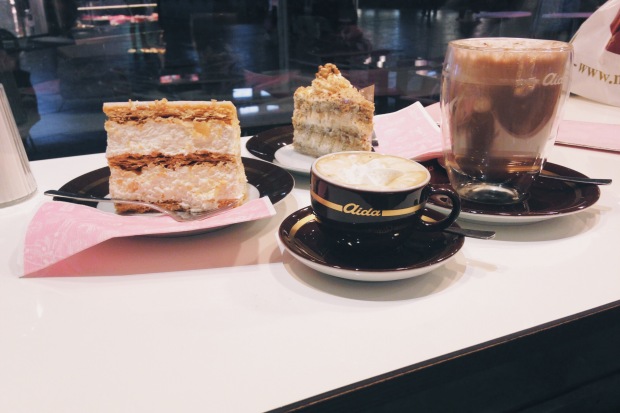 Not going to lie, we had breakfast at Haas & Haas again because we were in love, but we did eat indoors instead of outdoors so it felt like a new experience! One of us still dreams about the Scottish Highland tea from there.

Next up was Naschmarkt, a food and flea market that made us go crazy over all the goods. The merchants were all similar so we mostly ignored those, but the food vendors were fantastic. The smells were overwhelming and we stuffed our bags with goodies.

Afterwards we headed to the Albertina Museum which houses the largest graphical collection in the world. Albertina is also a former Hasburg residential palace and viewing the staterooms was a treat! 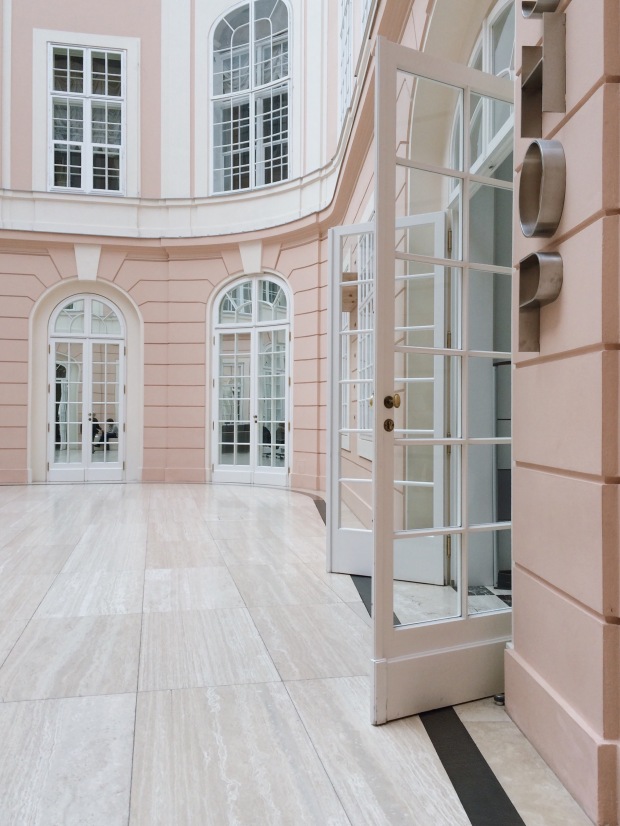 For dinner we returned to Naschmarkt and ate at Orient Occident. The falafel burger was delicious and it was a great location to people watch.

We ended our night at Aida (again) and got in some more people watching from Kärntner Strasse.

Three days in Vienna almost didn’t seem like enough! What did we miss that we should’ve done?